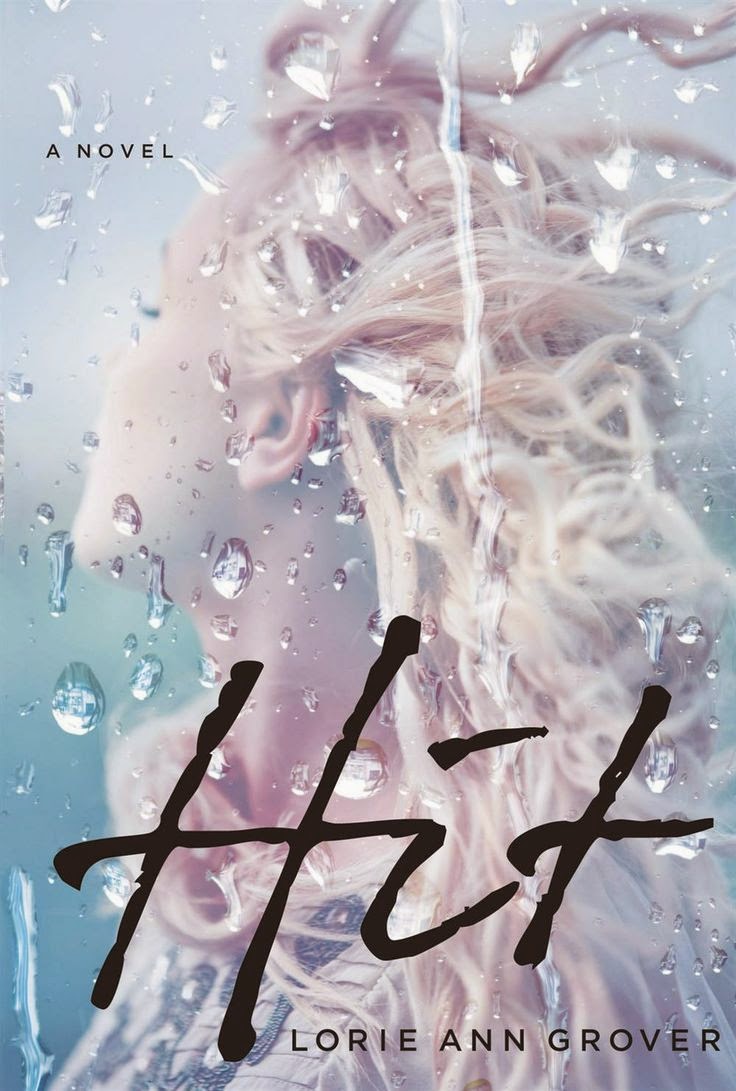 "Hit by Lorie Ann Grover is a powerful book about tragedy and recovery which shows you both sides of the story, for better or worse." Hypable


"The story moves swiftly...and the battle for control between Sarah and her mother is well portrayed as Sarah fights the battle for her recovery." Booklist

Back in 2004, my daughter’s best friend, Sarah, was walking to her bus stop. In the crosswalk, under a streetlight, she was struck by a vehicle and thrown through the air. She needed emergency brain surgery.

When Sarah’s mother left me frantic messages on my phone, my daughter and I sped to the hospital in Seattle. We sat in witness to the family jerked through this trial. Permissions were given for the operation, hours ticked by as surgery was performed, fears rose, discussions sparked and fizzled. And then there was post-surgery recovery, Sarah’s altered appearance, and the unknown long term damage. The rippling effect was felt throughout the community from one teen girl.

Ten years later, my novel Hit releases, a work of fiction inspired by Sarah’s accident. With the family’s permission, names have remained largely unchanged as I wove a story in, around, and through their experience. It is true the real story had just as much drama, but my friends had far more grace than my characters. However, I believe my characters make for a better page turn. J

I hope you fly through two days of Sarah’s experience. May you find hope in a girl finding her truth and making difficult choices to better herself in the midst of disaster. I hope you find the sweet red seeds in your own difficulties. I believe they are always there. You just need to look for them. 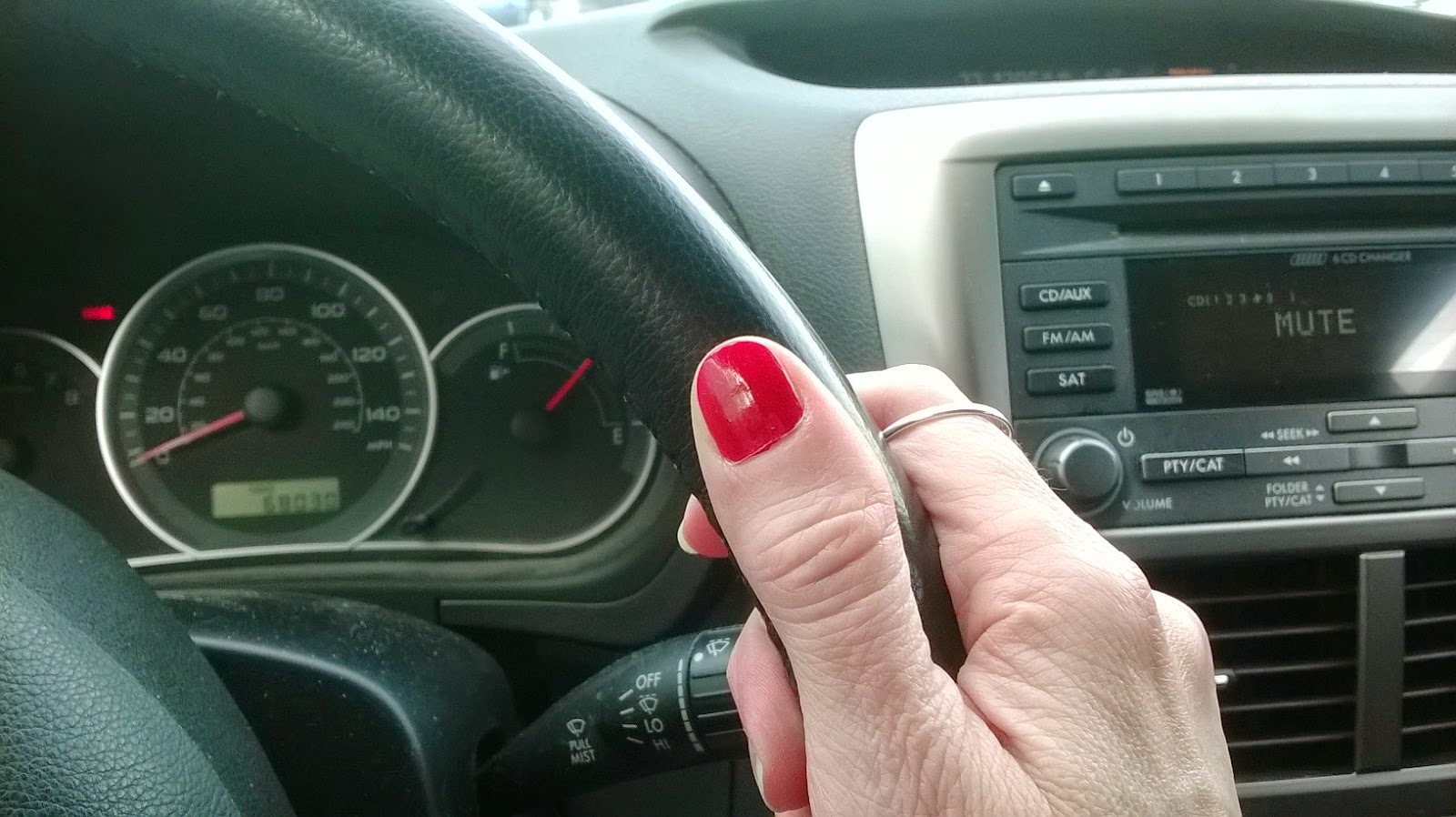 I hope everyone checks out #redthumbreminder! Steve Babcock’s simple, yet innovative solution to text safety is awesome. Embraced across the country, men and women are painting one thumbnail red to remind themselves not to text while driving. It worked for Steve, and he was able to break the habit. It can certainly work for us. I hope we stop texting while driving, stop reading texts while driving, and stop handling our phones behind the wheel.

School Library Journal
Hit.
Grover, Lorie Ann (Author)
Sep 2014. 224 p. Blink, hardcover, $16.99. (9780310729495).
High-school senior Sarah McCormick loves poetry, especially when it pours from the lips of her teacher, whom the students call by his last name: Haddings. But any relationship between them is forbidden, at least until Sarah graduates. Still, Sarah writes Haddings a letter, and intends to deliver it to him at school, but on the way, she’s hit by a car, driven by Haddings himself, and is rushed to the hospital for emergency brain surgery. The story, related in present tense, alternates between Sarah Haddings’ viewpoints. Torn apart by remorse, Haddings cannot stay away from the place he is wanted the least: the surgery waiting room. A few plot devices, such as Haddings’ eavesdropping, strains credibility. The story moves swiftly, though, and the battle for control between Sarah and her mother, introduced early in the book, is well portrayed as Sarah fights the battle for her recovery. One of the most interesting and realistic facets of the story centers on the uncertain process of recovering brain function, and the accompanying emotional roller coaster of success and loss.
— Diane Colson

So this is my blog post to set the story straight. I began the novel in 2005, after the real Sarahwas struck in a crosswalk in 2004. Originally a verse novel told in six viewpoints, the novel grew and changed for ten years. In 2009, I fictionalized and added Haddings. In 2014 Hit hit the stores. And now I can sit down and see the scenes play out on screen in Pretty Little Liars. Even to the brother's participation at the climax. I won't say more to avoid spoilers. :) But, are you kidding me?
Sometimes creative ideas cross and birth at the same time. Stories are all ultimately echoes of each other. I've lost sales in the past, because another writer, at the same publishing house, with the same editor, had the same idea at the same moment. Yes, each story is told differently. Yes, each will present in a different light, theme, motive, and truth. But sometimes, wires cross and the spark hits two people at the exact moment.

An amazing story. There should really be an after story, about how Sarah McCormick's life trued out.

Thanks so much for the encouragement, Teresa Marie! 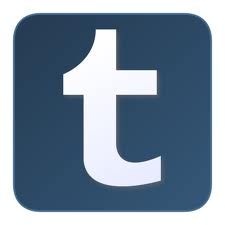