It's time for some fun. When I was posting the monthly Sesame Street video at readertotz, it got me to thinking about my very first crushes. So, who were mine? These two came to mind:

First had to be Bob McGrath from Sesame Street!

And second was Jerry Lewis. Yep.

I thought Dean was as handsome as could be, but I decided he was just too naughty. :~)

And who did I marry? Ah, the best! Dave! 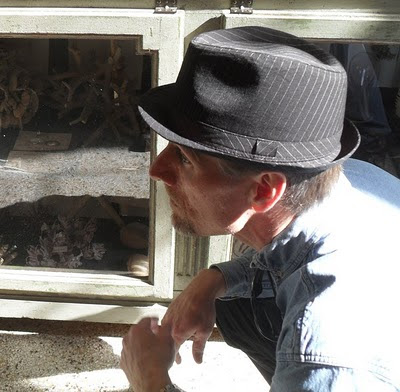 Who were your first crushes? Hmm?
Posted by Lorie Ann Grover at 11:23 AM

I was totally convinced I could convince Jareth to take me away to be his Goblin Queen when I was 5 years old...