"Cool, sassy, brave, heartbreakingly tender and loyal. Do yourself a favor. Get the book." Nikki Grimes


Kirkus Starred Review
A fantasy that reads like a lost history tome and deftly examines issues of gender...An engrossing story with welcome depths."

School Library Journal
Gr 7 Up—Tiadone was born female, but her father declared her male because she was the firstborn and their community has always treated her that way. As she reaches puberty, she leaves to go on a year-long assignment as a border guard. Although she has always identified as male, the Creator seems to have other plans. Some of her female traits are developing anyway, and she must hide them from the others near her. Grover's world-building is flawless and enchanting. The issues that Tiadone must face are relevant for all adolescents who are learning to be true to themselves. Jorjeana Marie's narration is relaxed yet emotional during this rocky adventure. Whether listeners are looking for an adventure or fantasy, they will not be disappointed in this selection. This will make a great addition to a high school or public library collection.—Elizabeth L. Kenyon, Merrillville High School, IN --This text refers to the MP3 CD edition.

Description
In order to avoid gendercide, Tiadone struggles with her life as a declared male for the benefit of society under oppressive rulers.

So I can kind of relate to Tiadone in the book and together, we went on a journey." 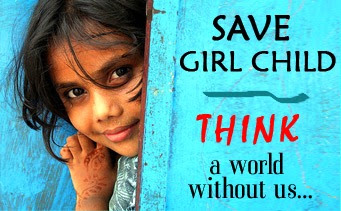 Bravo, to the United Nations for this intentional focus. With their estimate of 200 million girls missing around the world due to gendercide, dowry infractions, and forced abortions of girls we need to stop and think and act.

Since the publication of FIRSTBORN, inspired by my outrage over gendercide, I've been trumpeting the work of All Girls Allowed. The nonprofit funds young women, pregnant with females, so they can carry their babies full term and keep them. They work to stop the intentional annihilation of girls. And then there's the Global Gendercide Advocacy and Awareness Project who takes internships, rgz! Or there's the movie which is absolutely chilling. Take a look at the trailer for IT'S A GIRL and then watch the full movie on NETFLIX.

Celebrate INTERNATIONAL DAY OF THE GIRL!

will there be a sequel? it ends on a cliffhanger...

Ah, thanks for the encouragement, Tiffany. I am finishing the early draft of Secondborn, but I don't know if it will be published. We'll see!

Excited to hear you have been working on a sequel! My niece and I were just discussing our mutual love for Firstborn. Please, please publish Secondborn. Even if you can only publish as an ebook. We really want to know what happens to Tia and Vinti.

Thank you so much, Sami! I'm finishing Thirdborn and mulling over publication options. Your encouragement is timely for sure. :) Happy new year to you and yours!

I will say I read this book beck in 2014, and was just thinking of trying to find it again and wondered if there was more out yet, I do hope to ne day see more books in this series even if it has been so long so long in the release. I loved this book and want to read more.

Thank you so much for taking the time to comment, arayasunshine20. And for reading and remembering FIRSTBORN. I've written SECONDBORN and THIRDBORN and am looking for the best publication options. Your encouragement is awesome. Happy reading to you!

Just wanted to let you know that your book firstborn was one of the books that got me interested in reading in middle school and whenever you do publish the sequel I’ll be one of the first buyers. Thanks for getting me into reading.

Thank you, Bailey! How wonderful! Thanks for taking the time to let me know. It will be lovely to find a way to do the sequels. Here's hoping!